Health around the Hills

Hills Physiotherapy has been operating in Emerald for over 30 years, providing the premier physiotherapy, remedial massage, myotherapy and associated health services to the hills. With our new location in Caribbean Park we’re excited to be able to offer our extensive experience to a new community.

Ben's Tip Of The Day

This is the name given to an injury of the Ulnar Collateral Ligament of the thumb (the support on the index finger side of the joint, which stops the thumb being pulled outward). This often happens as a skier loses balance and hits the snow… Read more »

National Stroke Week – Are you a FAST hero?

National Stroke week is 31st of August to 6th of September in Australia. This week celebrates the efforts of all those living with debilitating effects of stroke, those who’ve made incredible recovery, and those who are family or close friends who have recognised the symptoms, accessed help quickly, and made life changing difference in getting urgent medical help.

What is a FAST hero? Someone who understands the most critical four letters that pertain to recognising and helping someone who is suffering a stroke;

So what is a stroke? This is when part of the brain is damaged by either loss of blood flow, or the opposite – haemorrhage. If an artery in the brain is blocked (by a blood clot, for instance), then vital oxygen, nutrients and energy can’t get to the hungry neurons in the brain, causing them to quickly lose function, and if this blood flow is not restored within 3 minutes they will die. Alternatively, if an artery, aneurysm (weakening in artery wall) or AVM (arteriovenous malformation – blood vessel tangle) bursts, then a region of the brain is flooded with blood, occupying space and squishing neurons. This can be even more damaging than the ischaemic type. 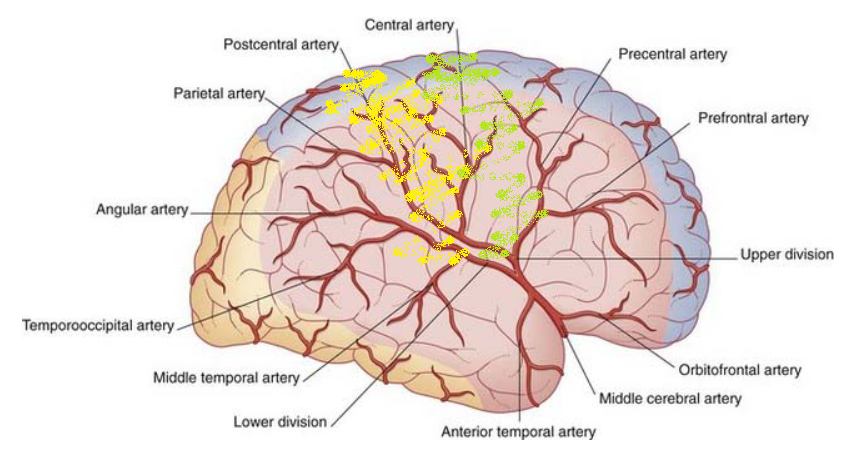 The most common artery to be blocked is the Middle Cerebral Artery (MCA) which comes straight off the Internal Carotid Artery (which you can see in the side of your neck when you strain). As seen in the schematic above, this artery supplies a very large portion of the cortex of one side of your brain. In the diagram, the yellow shaded area roughly corresponds with the part of your brain responsible for the sensation in the opposite side of you body. That is, any information coming from the outside world will end up exciting some part of this area, and then your brain uses an organised body map to work out which part of your body this sensation came from. This could be touch, heat, pressure, stretch, vibration etc. The region shaded green is roughly the area responsible for causing movement. That is, any information being sent from your brain to your body, to cause muscle activity for movement comes from this region, which again has an organised map. This explains why a large proportion of strokes result in the poor patient being unable to feel anything on the opposite side of their body (hemiparesis) or able to move the opposite side of their body (hemiplegia).

Since the Middle Cerebral artery comes off the Internal carotid, which in turn comes straight off the Aorta (through a branch), it is most prone to being blocked by clots coming from your heart. If you have irregular heart beat or abnormal flow (Atrial Fibrillation, valve leak etc) this makes blood more likely to clot, and then this clot can be sent straight up your neck, into the MCA, and all of a sudden that side of your brain can’t get any groceries to keep it alive. Since the heart is on the left side of the chest, the left common carotid artery travels almost straight up in a direct line to the brain, whereas the right side has to deviate across the chest first. This may be the reason why most Emergency Departments report a higher incidence of left-brain stroke, leading to right sided loss of movement and sensation.

In addition to the loss of control and sensation, the left brain (in most people) houses a region called Broca’s area, which is responsible for speech production (just in front of the green area above); also Wernicke’s area, which is responsible for speech comprehension (just behind the yellow area). Due to this, an MCA stroke often severely affects the ability to produce or understand speech.

Early recognition of symptoms is critical to ensure best possible outcomes. If a patient has a blocked artery, a quick scan of the blood vessels in the brain will show the blockage, and then surgeons can insert a long wire in the artery near the groin, slowly work it into position and then removed the clot. In the case of haemorrhage, more often direct surgery is required to remove pressure. This may involve removing a section of the skull, or drilling through it to gain direct access to the damaged artery, remove the mass of blood, and operate on the artery to repair it, or bypass it. In either case, studies have shown early treatment with strong steroidal anti-inflammatory drugs like methylprednisolone can dramatically reduce brain cell death and lead to really significantly improved recovery. 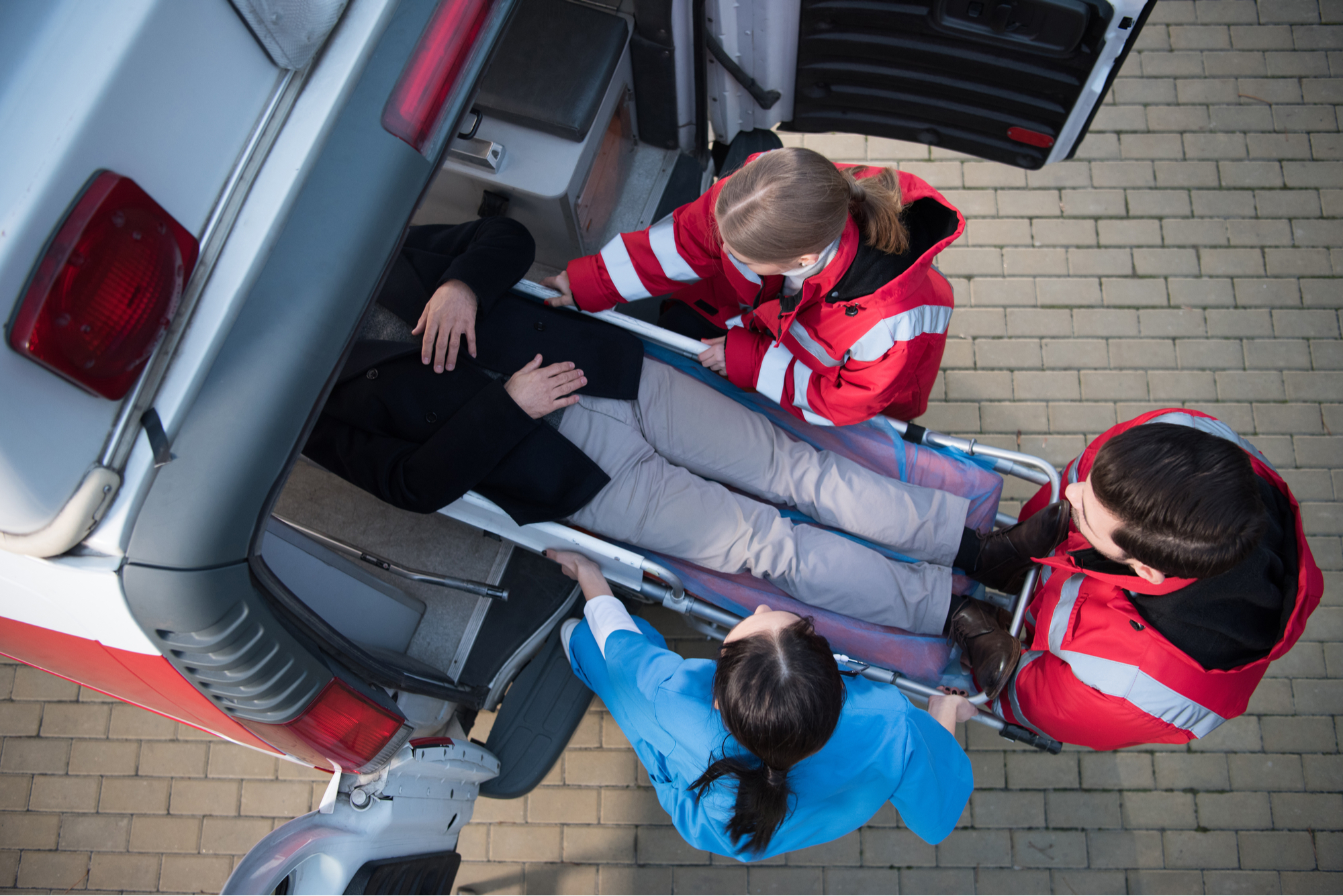 It is important to mention that although many patients who suffer strokes make a full recovery,  some people will die, and some will not gain back full function. Some common symptoms are permanent weakness or loss of coordination of the arm, or leg or both. Some difficulty with speech, comprehension, or managing complex tasks is common as well. Some types of mini-strokes (called Transient Ischaemic Accidents, or TIAs) can come and go in minutes, leaving no residual symptoms at all. These TIAs are a bit of a warning sign though, and should be investigated, as they may be the indicator of a more serious event to come.

Though the MCA is the most common artery involved in stroke, they can happen anywhere in the brain, and as such the symptoms can be widely variable.  Small infarcts (loss of blood flow) in some of the tinier arteries of the brain can produce really strange symptoms. One I remember from university lectures was a patient who had a blockage of the artery that supplies the V3 area of the visual cortex. This region is associated with visual perception of motion. This patient had normal brain function in almost every way, but could only see things if they were stationary. He had no perception of things that were moving. Imagine the profound effect on your life if you couldn’t watch sport? Imagine standing at a pedestrian crossing and not being able to perceive cars until they stopped moving, and then they just popped into existence?

If you or anyone you know has severe or sudden thunderclap type headache, weird symptoms like numbness, loss of speech, difficulty moving, facial changes, or any other strange symptom – call 000 straight away. You’re better to be wrong and waste a little time in the hospital, than be wrong and have someone you love dead or permanently impaired.

With a wealth of experience in all sports, work injuries, and advanced pain control techniques - our Physiotherapists will diagnose your condition and work with you to address the root of the problem.

Using "hands-on" techniques to reduce pain and spasm in soft tissues and relieve stress. This is an essential part of maintaining a healthy body.

And Many More Services

Physiotherapy aims at relieving joint pain and restoring normal movement for any muscle, joint or bone injury. Skilled therapists will use a range of techniques including manipulation, massage, dry needling, aquatic physiotherapy, craniosacral therapy and exercise prescription to achieve results and relieve pain.

Hills Physiotherapy has been operating at the corner of Monbulk and Main Roads for over 30 years, providing the highest quality care to the community. We are located across from Woolworths and Worrell Reserve. 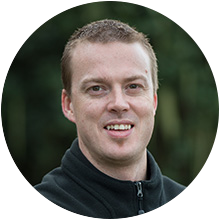 A Word From Ben Kewish

Hills Physiotherapy is committed to offering the highest quality in Allied Health Care, with experienced therapists providing a range of complementary medical services. All of our clinicians offer focused, one-on-one service aimed at delivering results today. We work WITH you, the patient, to address the cause of your pain or dysfunction, so that you can become independent of our services and pain-free long term. After becoming the premiere Allied Health facility in the Dandenongs, we are excited to offer our services to Rowville and surrounds, and think that our range of services make Hills Physiotherapy hard to beat.